At Coastal Jaw Surgery at Tampa, every patient who walks through our door will receive VIP Treatment delivered by dedicated professionals who are leaders in their fields and ready to provide you with personalized care designed for your comfort and convenience, delivered using the most cutting-edge dental technology available. To ensure you are as comfortable as possible during your visit, our office provides every patient with protective eyewear to wear during your procedure. To ensure you receive care that is designed for maximum accuracy and comfort, we are committed to providing treatment that implements the most advanced dental technology, including:

For over three decades, we have proudly provided thousands of patients in the Tampa Bay area with dental implants and oral surgery services. To schedule an appointment, our office is located at 11940 Sheldon Road Tampa, FL 33626. You can also contact us by phone at (727) 877-0011 or fill out our online form.

At Coastal Jaw Surgery at Tampa, we are committed to improving your oral health, quality of life, and the aesthetic appearance of your smile! 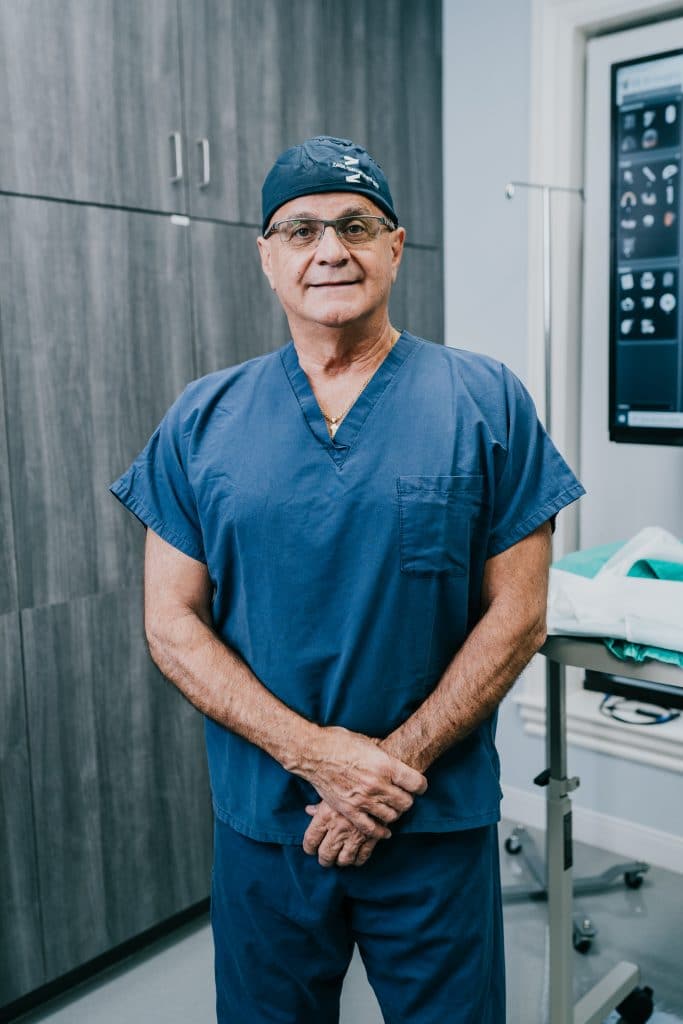 Dr. Michael A. Pikos is the founder of Coastal Jaw Surgery, the world renowned Pikos Institute, and the inventor of Same Day Teeth®. He is recognized as a world authority on dental implant surgical reconstruction. 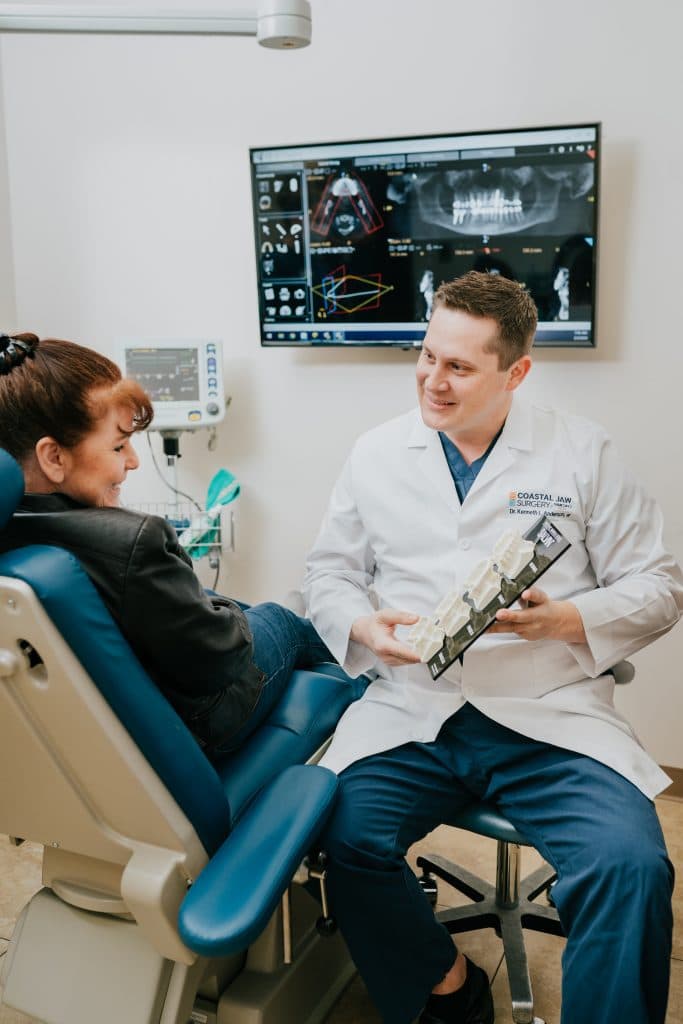 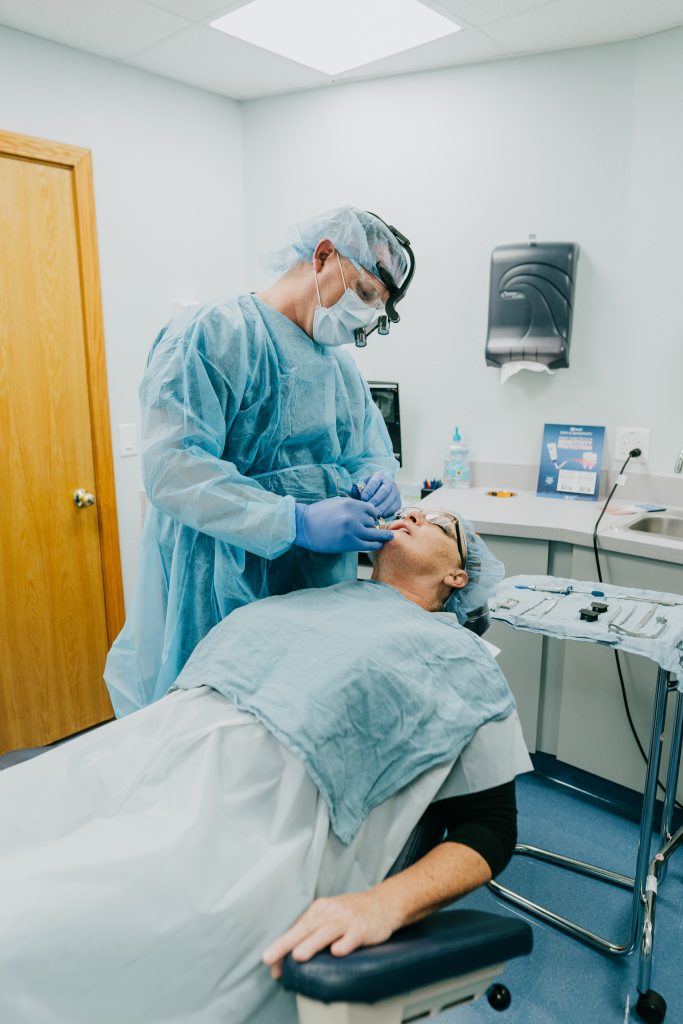 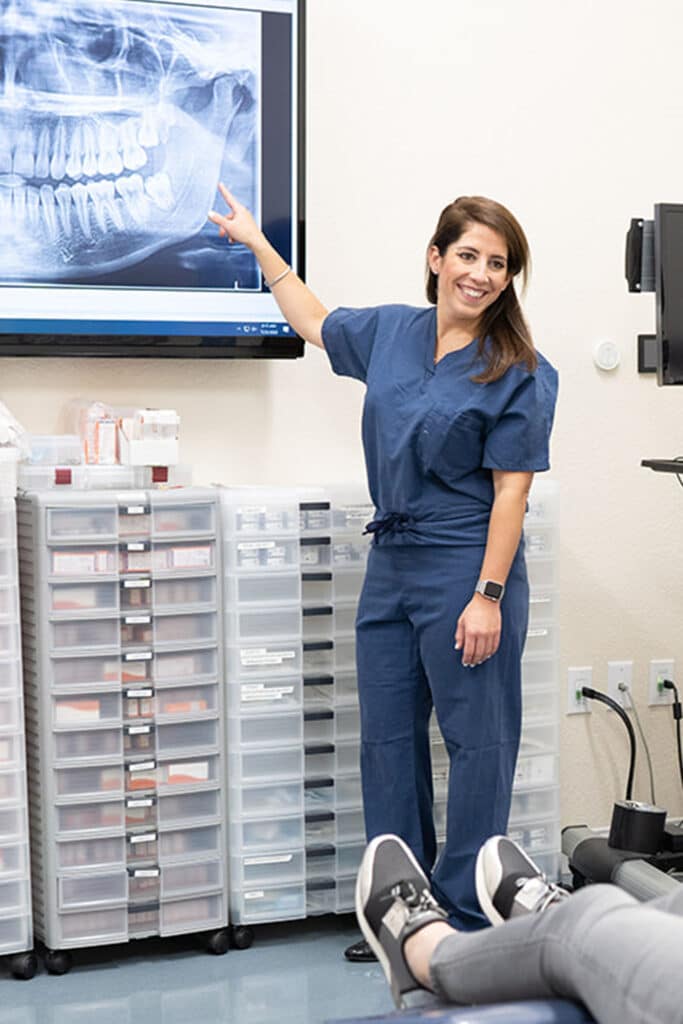 Dr. Hernandez practices as a dual- degree Oral and Maxillofacial Surgeon. She employs a full scope of treatment with emphasis on extractions, dental implants, bone grafting, pathology, and TMJ. 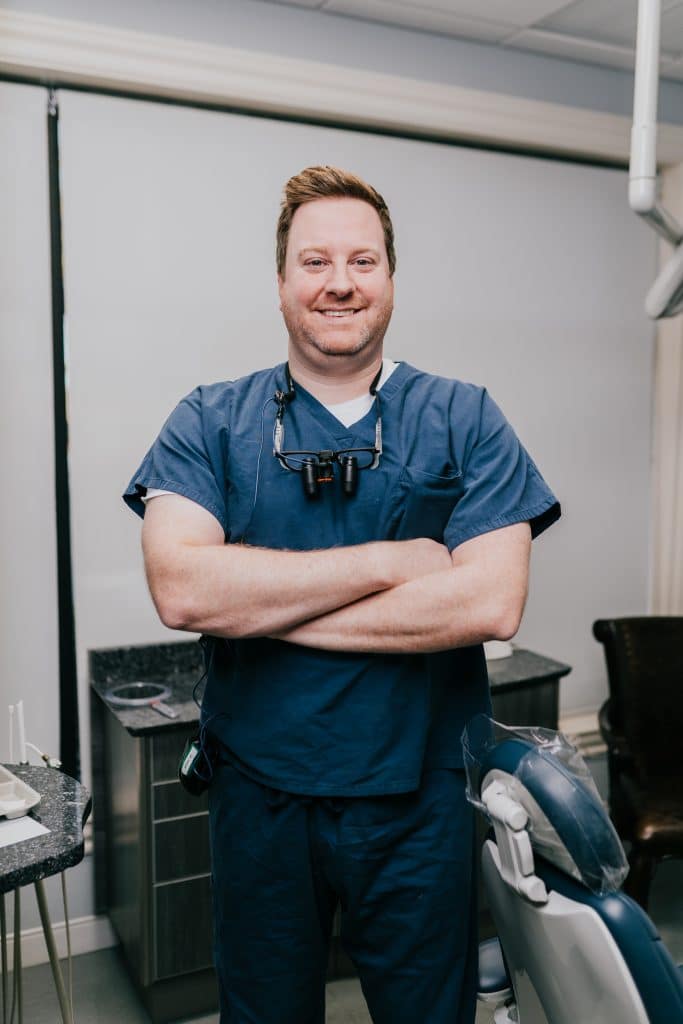 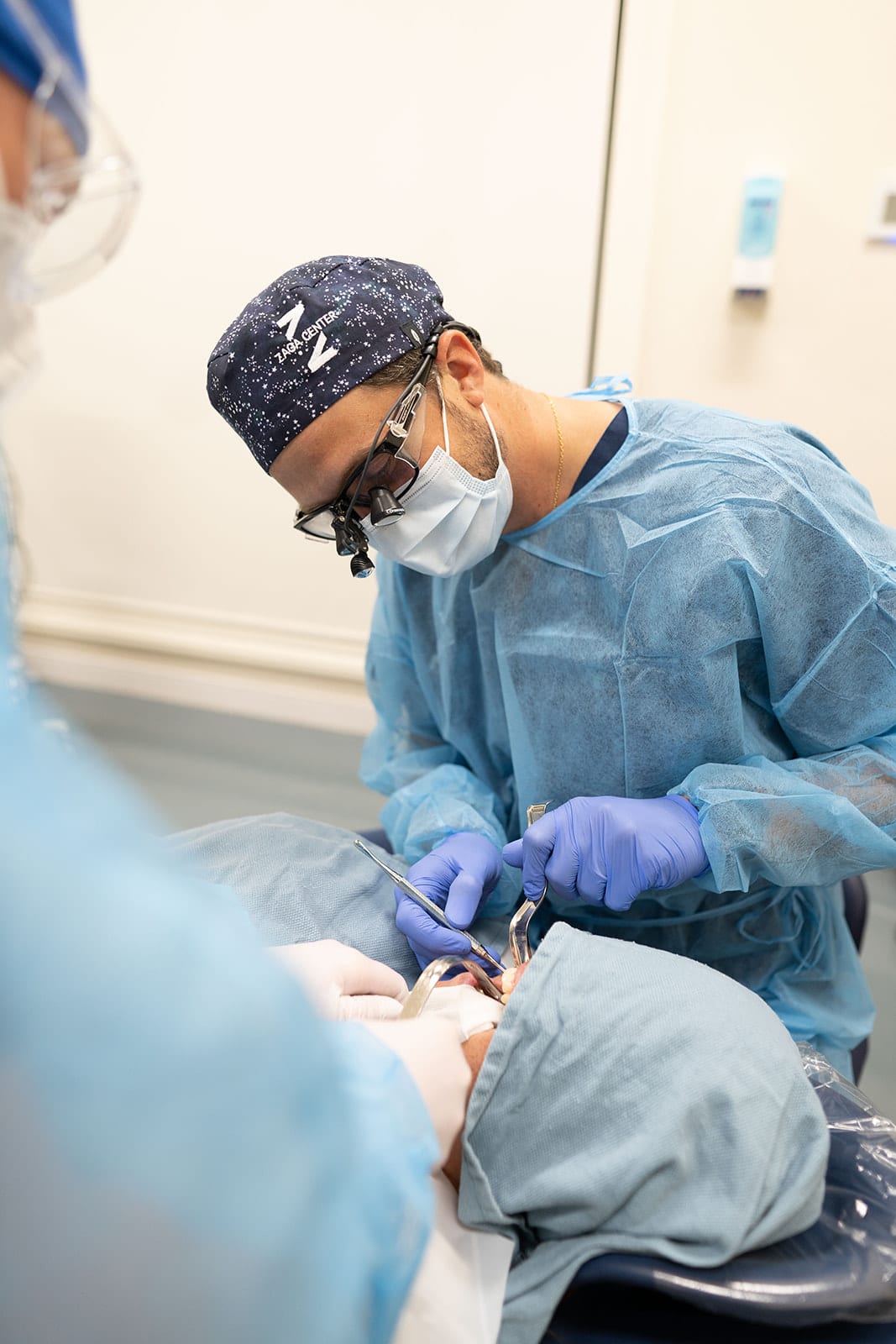 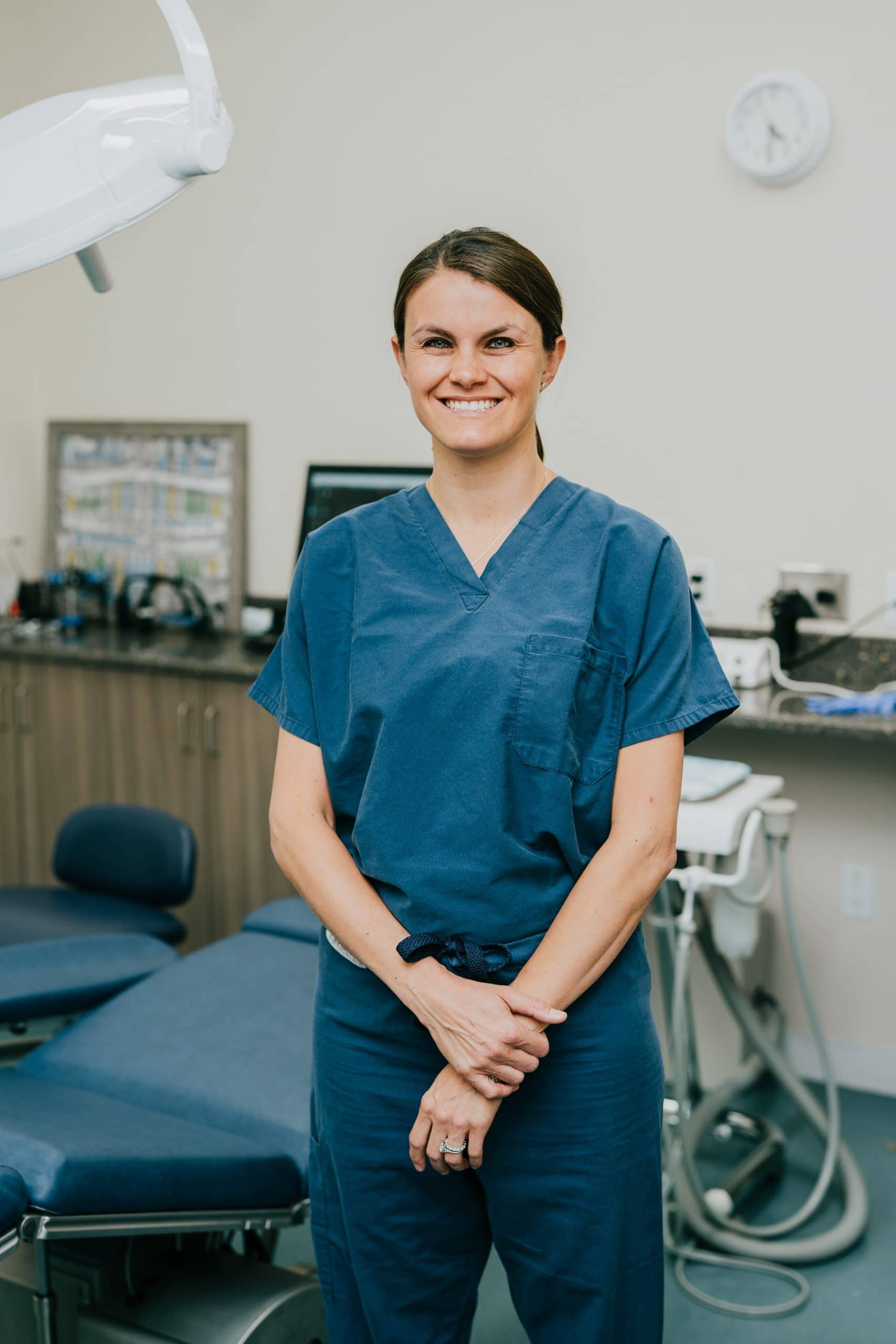 Dr. Lindsey Pikos Rosati has been with Coastal Jaw Surgery as a Board Certified Periodontist since 2017. Dr. Rosati specializes in implants, periodontal surgery & therapies, bone grafting, and perio-orthodontic procedures.

Dental implants are artificial tooth roots surgically placed in your jaw to support a replacement tooth. This replacement tooth is designed to look and feel like your natural tooth, restore the aesthetic appearance of your smile, provide optimal functionality, and reduce your risk of developing other oral health issues.

Same Day Teeth® is an innovative surgical procedure that allows for placement of implants and new teeth to occur on the same day. If you have been living with a missing tooth or teeth or are unsatisfied with dentures but have been avoiding seeking treatment because of the time involved, Same Day Teeth® may be the ideal solution for you.

Full mouth dental implants are recommended for patients who are missing all or nearly all of their teeth. Our office offers several treatment options for full mouth dental implants, including multiple implants, All-on-4, All-on-6, implant supported dentures, and Same Day Teeth®. We are happy to provide a free consultation to determine which implant treatment option is right for you.

Unlike traditional dentures, implant-supported dentures provide a superior level of stability and support, eliminate the need for denture adhesives, restore your bright, full smile, and return your ability to eat the foods you used to enjoy. Implant-supported dentures are often recommended for patients missing all their teeth, but who still have enough jawbone to support an implant.

Unlike traditional dental implants, which are smaller and drilled directly into the jawbone, Zygomatic Dental Implants are longer and anchored in the upper jawbone near the Zygoma bone, which is denser and more cortical than the posterior maxillary bone. Because of the sturdy anchorage and widened distribution of stress of these tilted implants, it is often possible to place the prosthesis during the time of surgery, eliminating the need for a follow-up appointment.

Nearly 65 million Americans currently suffer from gum disease, an increasingly common inflammatory disease that is the leading cause of tooth loss. Gum disease develops when bacterial plaque forms on your teeth and begins to attack your teeth and gums, creating deepened pockets in the space between your gums, which allows for more bacteria to accumulate and additional damage to occur.

Although every effort will be made to preserve your natural teeth, there are instances when a tooth extraction is necessary for your oral health and reduce the risk of complications developing. A tooth extraction is commonly performed when teeth have become irreparably damaged due to infection, decay, fracture, overcrowding, or periodontal disease.

Wisdom teeth removal is one of the most commonly performed tooth extraction procedures. As wisdom teeth emerge, they can cause a variety of negative impacts on your oral health, including an increased risk of developing infections, cysts, jaw and nerve damage, and even (nonmalignant) tumors. To prevent these issues from developing, we strongly encourage our clients to have their wisdom teeth removed.

At Coastal Jaw Surgery, we are committed to ensuring that our patients are as calm and comfortable as possible, which is why we offer varying levels of sedation, including oral sedatives and nitrous oxide, which are effective methods for reducing anxiety and placing patients in a much more relaxed state of mind. Additionally, our Board Certified Oral and Maxillofacial Surgeons are certified to administer intravenous (IV) anesthesia.

Gum recession is a condition that can develop for a variety of reasons, such as genetic predisposition, aggressive brushing, smoking, untreated bruxism, or, most commonly, gum disease. In addition to negatively impacting the appearance of one’s smile, gum recession can also cause an increase in sensitivity to hot and cold foods and beverages, increase your risk of developing gum disease, which in turn increases your risk of tooth and bone loss.

A gum graft is commonly performed to correct receded gums by taking a piece of tissue (typically from the roof of the mouth) or donor tissue and suturing this tissue over the area of recession. Placing this new tissue helps stimulate new growth, reduces your risk of developing periodontal disease, and improves the aesthetic appearance of your smile.

A frenectomy is a low-risk, outpatient procedure that is performed to correct frenum-related issues by clipping or removing the frenum. Frenectomies are typically performed for newborns to improve breastfeeding outcomes. Frenectomies are also performed when frenums are too short or tight, which can inhibit movement and make tasks such as talking or eating to become difficult. Frenectomies can also be performed as part of denture treatment to ensure a proper fit or to address gum recession.

A bone grafting procedure is an effective method of restoring jawbone tissue to restore proper functioning. Dental bone grafts are commonly performed to correct jaw injury or defect, and as part of the dental implant process. Once the graft has facilitated regeneration of bone tissue and fully integrated, there will be enough jawbone material to support a dental implant.

Crown lengthening involves removing excess gum tissue using scalpels, lasers, or a combination of both. Crown lengthening may be performed for several reasons, including as a precursor to placement of a dental crown or tooth extraction, to reduce the patient’s risk of developing periodontal disease, or to enhance the aesthetic appearance of the patient’s smile.

A gummy smile is excessive gingival display that creates the appearance of teeth being too short. Gummy smile can be caused by over-eruption of the maxillary anterior teeth, excessive vertical growth of the maxilla bone, hyperfunction of the muscle responsible for opening the upper lift, abnormal eruption, genetic predisposition, or a combination of these factors. Gum contouring can be performed to remove excess tissue and create a more balanced ratio of gum to teeth.

A sinus lift is a surgical procedure where the sinus membrane is lifted and a bone graft is placed between your jaw and maxillary sinuses. There are several reasons why a sinus lift may be necessary, but the most common is due to insufficient bone height in the upper jaw to support a dental implant. Once the graft has facilitated regeneration of bone tissue and fully integrated, there will be enough jawbone material to support a dental implant.

When teeth do not naturally erupt, it may be necessary to perform tooth exposure to facilitate the eruption process and ensure that your teeth move to their proper position. Teeth can become impacted for several reasons, including dilacerations of the root, early loss or prolonged retention of the primary canine, ankylosis, or discrepancies in the length of the arch and size of the tooth. Treatment for the impacted tooth will vary, but typically involves placement of braces and creating space through which the tooth can erupt.

Following a tooth extraction, a ridge augmentation can be performed to recreate the natural contour of the jaw and gums by placing bone graft material in the socket of the tooth. Once the area has healed and the size and shape of the alveolar ridge(s) is correct and tested to ensure it can provide sufficient structural integrity and stability, the dental implant can be placed.

Guided Tissue Regeneration (GTR) and Guided Bone Regeneration (GBR) are surgical techniques that stimulate the growth of tissue or bone at sites that do not have a sufficient volume of gingiva or bone. GTR uses artificial membranes to prevent soft tissue from growing into defective sites and is commonly used as part of the sinus lift or bone graft procedure, as well as following the removal of an impacted tooth and/or socket preservation until dental implants can be placed.

A gingivectomy may be performed for patients who do not respond to traditional periodontal therapeutic treatment, such as scaling and root planning. During a gingivectomy, the gums are removed and reshaped in order to reduce the pocketing around your teeth, which can house harmful bacteria. Gingivectomies can also be performed to correct a gummy smile or improve the overall ratio of gums to teeth.

Osseous surgery may be performed for patients who do not respond to traditional periodontal therapeutic treatment, such as scaling and root planning. During osseous surgery, diseased bone and infected gum tissue are trimmed away and the depth of pockets around your teeth are reduced to inhibit the accumulation of harmful bacteria.

As is the case with all types of cancer, early detection is the best way to increase your likelihood of successful treatment. Oral cancer symptoms often do not occur until the cancer has progressed, which is why it is so important to schedule regular oral cancer screenings. If a suspicious area is identified, a biopsy can be performed and examined by a pathologist to determine a proper diagnosis. Once a diagnosis is determined, a treatment plan can be developed.

Originally called Tampa Town when it was incorporated in 1849, Tampa, Florida enjoyed rapid growth early on due to its rich supply of phosphate and the well-timed arrival of the railroad. Tampa remains a major phosphate exporter to this day and is now the largest part of the Tampa Bay area, which is comprised of over 3 million residents. In addition to having a strong local economy, Tampa also features a host of wonderful activities to enjoy.

Tampa is also well known for having a rich and diverse culinary scene, with a history of Italian, Spanish, and Cuban cuisines. Tampa is also the headquarters to or the founding site of several large restaurant chains, including Checkers and Rally’s, Carabba’s, Outback Steakhouse, and the Melting Pot.

Our Tampa Location is only a 10 mile drive from much of the Greater Tampa Area including but not limited to : Oldsmar, Odessa, Safety Harbor, Tarpon Springs, Palm Harbor, and Lutz.